October Games With Gold announced; Includes Valiant Hearts, The Walking Dead and others

Microsoft announced today on Major Nelson’s Blog the games that will be free with Gold as part of the Games With Gold service for the month of October. As always we have two games on Xbox One and two games on Xbox 360:

On the other hand, leaving this month’s Games With Gold(be sure to download them before it’s too late) will be: 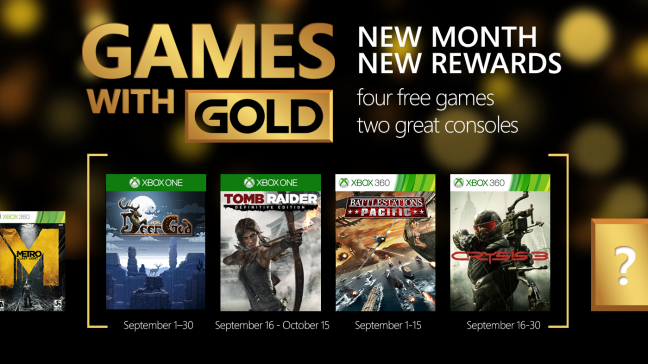 Let us know what you think of this news in the comments below.

Sea of Solitude Review (Xbox One)